It is said “fact is often stranger than fiction.” Not when it comes to space travel and reviving human bodies though. Cryonics (the freezing of a body after death to revive at a later time when technology has evolved to warrant it) is already very much a reality. Not in the far or distant future; but since as early as 1967 when the first corpse, that of Dr. James Bedfort (73), was frozen.

Since 2014, it is estimated that 250 bodies have undergone cryopreservation globally, with another 1,500 people who indicated they wish to be frozen upon their legal death.

A SHORT HISTORY OF CRYONICS 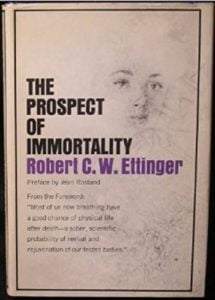 The theory of cryonics started with a book published in 1964, titled, ‘The Prospect of Immortality.’ The writer, a physics teacher by the name of Robert Ettinger, popularized the idea that the human body could be frozen and then revived years later once technology advanced enough for it.

Ettinger’s book must have made quite the impression on Dr. James H. Bedford (1893-1967). He became the first human being to undergo the procedure of cryopreservation following his death in 1967; a mere 3-years after the publication of Ettinger’s book. According to reports, Bedford’s body is still under preservation at the Alcor Life Extension Foundation and said to be in good condition. 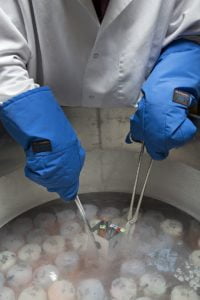 The scientific study of materials and their behavior when exposed to extremely low temperatures is known as Cryogenics; in essence, a brand of physics, material science, and medicine. As expected, cryopreservation is a hypothesis whose roots and origin runs closely to that of cryogenics.

When it comes to the cryopreservation of living beings such as humans and animals, things progressed a little further than merely studying the reaction of materials exposed to low temperatures.  Cryopreservation, as it is practiced today, is the process in which organelles, cells, tissues or any other biological constructs are preserved by cooling these to very low temperatures with the hope of reviving (and healing) in the near future when technology and medical sciences have evolved more.

In practice, cryopreservation of a human body needs to be performed quickly following legal death. The first step involves transporting the deceased to the cryonics facility that would be conducting the cryopreservation procedure. The chest is opened first whereupon plastic tubes are sewn into the heart. This needs to be done to pump the cryopreservation fluid (cryoprotectant) into the blood vessels to eliminate up to 60% or more water in the body. When water is removed from a human body and tissues, the brain should shrink quite significantly in response. Temperature probes and crackphones are also inserted so that the temperature of the brain can be monitored, and to listen for fractures.

Once all procedures have been completed, the body is placed in a pod made of stainless-steel, and gradually frozen to a temperature as low as minus 196 degrees Celsius.

Ideally, the purpose of cryopreservation is the successful revival of the frozen human body (or brain) when:

Once science, medicine, and technology achieve this, cryopreserved human bodies will be brought back to life and cured. While, if you opted for neuro cryopreservation whereby only your head (brain) was preserved, well, then a body or whatever scientists come up with by then, would be matched to your brain.

WHY IS IT BELIEVED CRYOPRESERVATION IS EVEN POSSIBLE?

According to researchers and writers, T.H. Jang et al., in their article, Cryopreservation and Its Clinical Application, as it appeared in NCBI’s Integr Med Res. 2017 Mar; 6(1): 12–18:

“The biological and chemical reactions of living cells are reduced dramatically at low temperatures, a phenomenon that can lead to the possible long-term preservation of cells and tissues. Cryopreservation is a process that maintains biological samples in a state of suspended animation at cryogenic temperature for any considerable period and used to preserve the fine structure of cells.”

After legal death, it is believed the human body can be frozen to preserve the fine structure of cells, which can then be revived at a later time.

THE PROBLEM WITH CURRENT CRYOPRESERVATION METHODOLOGIES

The process of pumping cryopreservation fluid into the blood vessels of human beings is questionable. Microbiologists and researchers such as Alpha Rho say that when frozen to temperatures as low as minus 120 degrees, these fluids become glass-like. Crystallization takes place that destroys the cells. This makes it almost impossible to repair or reverse upon revival.

Cryopreservation scientists and enthusiasts though disagree. An American scientist Gregory Fei, succeeded in the freezing and then revival of a rabbit kidney. The kidney in question was then transplanted into a living animal who survived the procedure and lived thereafter. (It is not known for how long).

The ultimate question though remains. Is the vitrification of an animal kidney even closely related to reviving a human body after subjecting its cells to cryopreservation fluid?

Secondly, is only biology involved in the revival of a human being? What about the preservation of emotions, brain cells, our memory, character, and the soul of the human being?

Upon 60 Minutes Australia’s’ interview with microbiologist, Alpha Rho, Rho states that “cryopreservationists are destroying the very thing they are trying to protect. The brain. Humans are not the same as a piece of meat or vegetable that you can simply freeze and walk away from. Cryobiology is much more involved.”

What if the human body is indeed not all blood and bones but a very complicated conglomeration of energy and soul matter merged with biology? If we bring back human bodies, will we be bringing back all of the human being with all his/her emotions, feelings, memories, behavior and characteristics intact?

Many in favor of cryonics say cryopreservation fills them with hope. They believe they will be able to come back to continue living a new, healthier life in the future. (In situations where the patient is currently chronically ill and dying.) Others say they are passionate about life and is sad that they would be aging and eventually dying. They wish to continue living on Earth in a new life with the lessons and memories they have already gathered, instead of having to start all over again.

IS CRYONICS EVEN NEEDED?

Those comfortable with dying, or in societies who believe in reincarnation, cryopreservation makes no sense at all. They state that if reincarnation is indeed a reality and the possibility of coming back into a new lifeform is true anyways, why would humans even bother preserving their bodies (or severed heads), to hopefully come back in future? And if brought back, will you still be you with all your memories and brain function intact? Answers to these questions remain unanswered at current.

IS CRYONICS FOR YOU?

How do you feel about cryopreservation?
Would you consider it? Do you think it is even possible to freeze and then successfully revive a human being?
We would love to hear from you. Let us know by commenting on this article here if you are an FND Annual or Exclusive member, or send us an email to [email protected]