The buzz word nowadays is Electric cars (E-cars). One tends to wonder though, are electric vehicles good or bad for the world economy at large; consumers in particular?

Battery Electric Vehicles (BEVs) originate from hybrid engines, which use a combination of an electric motor and fossil fuel engine. In short, an electric motor creates electricity that is stored in a battery pack, which is then used to turn your wheels.

WHY THEN AN ELECTRIC CAR?

How dependent are you on your car, or is it just a secondary mode of transport?

Are there any benefits to owning an electric vehicle?

Luckily, you will have the added benefit of recharging your vehicle at home or work, (if and when allowed)!  At this point, the main disadvantage is the limited traveling distance per charge. Also, bear in mind that your electricity supplier might be using gas from fossil fuels to create the very electricity you need! Not environmentally friendly at all, is it?

INVESTIGATING THE IMPACT OF ELECTRIC CARS ON THE WORLD ECONOMY

The most significant disadvantage is probably those batteries! Larger and more powerful battery packs are yet to materialize. Current BEV batteries all come with a limited lifespan and a disposal problem. Recycling may be the only option.

According to the Fraunhofer Institute for Building Physics, twice the amount of energy is used to produce a BEV compared to that of a conventional vehicle. 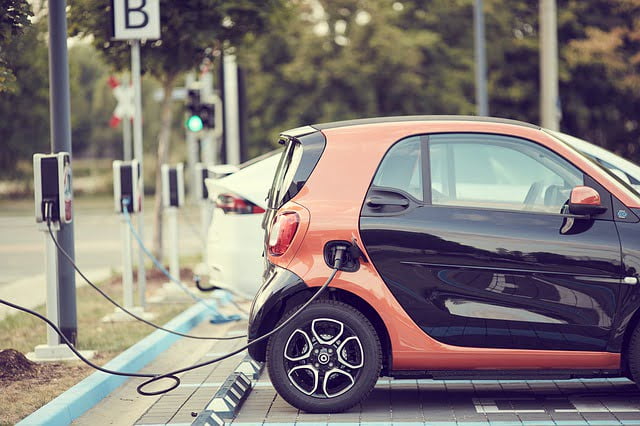 A typically vehicle manufacturer has one or more manufacturing plants in its country of origin. In most if not all instances, they also support an independent dealer network. A typical dealership has a new vehicle sales outlet, a trained and qualified service section, and a well-stocked parts department.

Over and above that, most dealers run a lucrative used vehicle set-up. Larger vehicle manufacturers focus on the vehicle export market, such as markets in Africa or Asia. Increased sales volumes in these foreign markets may lead to an assembly plant and later full manufacturing facilities — all creating new job opportunities otherwise not available.

Most current manufactures, as well as those wishing to switch over to BEV production, have come to understand the enormous costs involved in trying to do so. Manufacturers of electrical products will benefit from this initiative, but rest assured, engine manufacturers as well as fossil fuel component manufactures won’t be overly impressed. Countries, especially third world countries, suffer the most due to job and income losses.

Though many argue the BEV industry will create many new job opportunities, at the same time, a lot of now redundant jobs will be lost. A study suggests that by 2030, cumulative job losses may run into the millions. The hardest hit will be the world’s largest vehicle producing countries, namely, the USA, China, India, Brazil, Japan, and South-Korea. Even a 50% change in the current vehicle manufacture setup will have a significant impact on the economy of each of these countries, if not on a global scale. 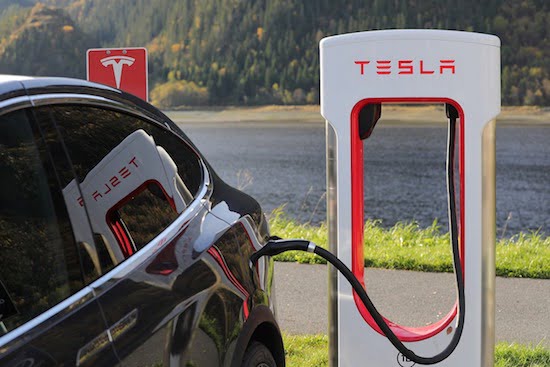 Dealer networks are generally concentrated around a country’s leading centers, and as and when market share increases, it is extended to other counties and rural towns.

These dealers are dependent on the manufacturer to supply them with vehicles and parts. Aftermarket part sales and extensive vehicle service and maintenance contracts are the primary sources of income for dealers. The used vehicle trade provides another lucrative income stream.

Dealers may be hard-pressed or may just be lacking the interest to leap to electric vehicles. Their most substantial source of income derives from selling parts and the servicing of vehicles. Remember that the current fossil fuel vehicle set-up has been embedded in the industry for more than 100 years. Profiting from the currently established set-up may make it difficult for dealerships to be pushed towards change.

BEV does not require the same maintenance, which can be a significant factor in dealerships not pushing sales of BEV’s. Smaller dealers may be forced out of the BEV market ultimately. The mindset change at this level may be a bigger headache for manufacturers than they currently thought.

IMPACT ON MOTORSPORT AND THE ALTERNATIVE PARTS MARKET

The vehicle manufacturing industry doesn’t rotate on its axis. It supports a myriad of secondary industries that relies heavily on OEM’s (Original Equipment Manufacturers) for their very existence. Fast fitment franchises, like most if not all exhaust fitment centers, will seize to exist.

Diesel and petrol technicians will be the first to feel the pinch. They will slowly be phased out and be replaced by qualified electrical engineers if not by robots. The effect will at first be felt in most first-world countries where BEV production is currently highest.

A new breed of electrical technicians is soon to appear on the scene. The bad news is that fewer technicians (with higher expertise?) will be required to maintain BEV’s. Luckily, diesel and petrol technicians will continue to flourish in some third world where BEVs have yet to infiltrate the market.

Electric cars have a lot fewer parts than internal combustion vehicles. Companies depending on alternative parts will be severely affected. New parts marketing and sales strategies will have to be introduced. The spares shop around the corner may just be compelled to close its doors. Survival may depend on exporting parts to third-world countries that will most probably be flooded with internal combustion vehicles for some more years; although, not infinitely.

Oil production will be at an all-time low, with equipment such as production platforms and drilling equipment becoming museum pieces or converted to scrap iron. It is estimated that a lot of filling stations will just go out of business. However, the reality is that fossil fuel is still going to be around for some years. An industry that thrived on fuel and oil for more than 100 years won’t be going out with just a whimper.

In the first world, exhaust fitment centers, engine repair shops, and oil change franchises will be a thing of the past. One can imagine that an entirely new set of vehicle fitment industries will be springing up. Think of battery breakdown vehicles, the supply, and fitment of batteries, battery rebuilding franchises, and then the electrical component rebuilders. The possibilities are endless for people with open minds and imagination. The recycling of electric components could be another expanding industry.

Charging stations will flourish, but will there be enough of them? Undoubtedly, the main centers will have adequate charging facilities. Though, will you travel with your electric 4×4 to remote spots such as the Sahara, the Negev or the Himalayas? Or imagine sitting in a New York traffic jam, watching your battery going down. Suddenly, thousands of vehicles have batteries going down, and everyone begins stressing out if they’ll make it home in time. 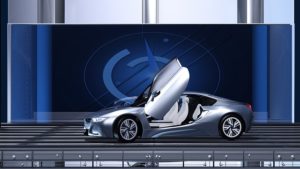 There is something else to keep in mind. Will owning an E-car prove to make it harder to find a parking spot? You may be expecting that a lot of parking facilities will provide charging facilities. However, a lot of them may decide to stay just that, parking stations. Refurbishing a parking garage to a park and charge station will not be cheap. Does your combo, security complex or block of flats have charging facilities? Will the owners be prepared to invest in that? Will it be worthwhile upgrading near redundant buildings? Only time will tell.

It is reasonable to expect that the third world will be last to take on electric vehicles on a large scale. Africa and Asia are billion-dollar dumping grounds for used cars. Most used cars will end up in Africa, the Middle East, the Caribbean, and Asia. One could imagine that repair, maintenance, and parts related industries will flourish in the third world for some time, as will related job creation. But for how long?

It is estimated that a fuel-driven vehicle requires an average of 1,400 main components compared to an average of 200 components for a BEV. A recent study by the German IFO institute (June 2017) estimates that in Germany alone, 600,000 jobs will be directly or indirectly impacted by the transition to electric vehicles. It’s unsure how many net jobs will be lost, but rest assure, job descriptions will forever change.

The social impact of people with defunct job qualifications is probably hugely underestimated. It is true that a lot of “redundant people” will be placing a massive demand for social grants.

BEV’s will need clean electricity. National power grids will have to be upgraded. The massive investment in infrastructure will create new jobs in the short term, but what about the long run?

New players will enter the vehicle manufacturing market and create more job opportunities. Manufacturers such as Mercedes Benz, BMW, Volkswagen, Toyota, Nissan, Ford, and Chrysler, are slowly but surely gearing up and introducing more and more BEV’s. The massive Chinese market is expected to grow. New players such as Google’s Waymo and Uber’s electric vehicles are entering the market. A lot of others will follow suit. Many will fall by the wayside, but the resourceful ones will survive.

Are electric cars then good for the economy?

Undoubtedly so, but it comes at a substantial cost. The social impact going hand in hand with the loss of redundant jobs will be huge. However, as it is, fossil-fueled vehicles will be with us for some time to come. Let’s hope the world, especially the third world and China, will produce enough clean energy and electricity to ensure our world doesn’t become more polluted. There is undoubtedly still a lot to be done before vehicle Utopia arrives.