Different countries celebrate the festive season in so many different ways, but one thing that every culture has in common is the love of traditional festive food. No matter what religion and where you are from, there is something special about getting family and friends together.

To celebrate the festive season, we searched for ten of the most sought after and celebrated vegan and vegetarian dishes popular in countries around the world

During Christmas in Germany, a popular dish that dates back to the 15th century is Stollen. A fruit cake made with dried fruits, spices and coated with powdered sugar.

Every year in the city of Dresden, during Stollenfest, a giant Stollen is made and paraded around town by a horse-drawn carriage. To cut this giant cake, a replica of the original five-foot knife used by King August II in 1730, is used. 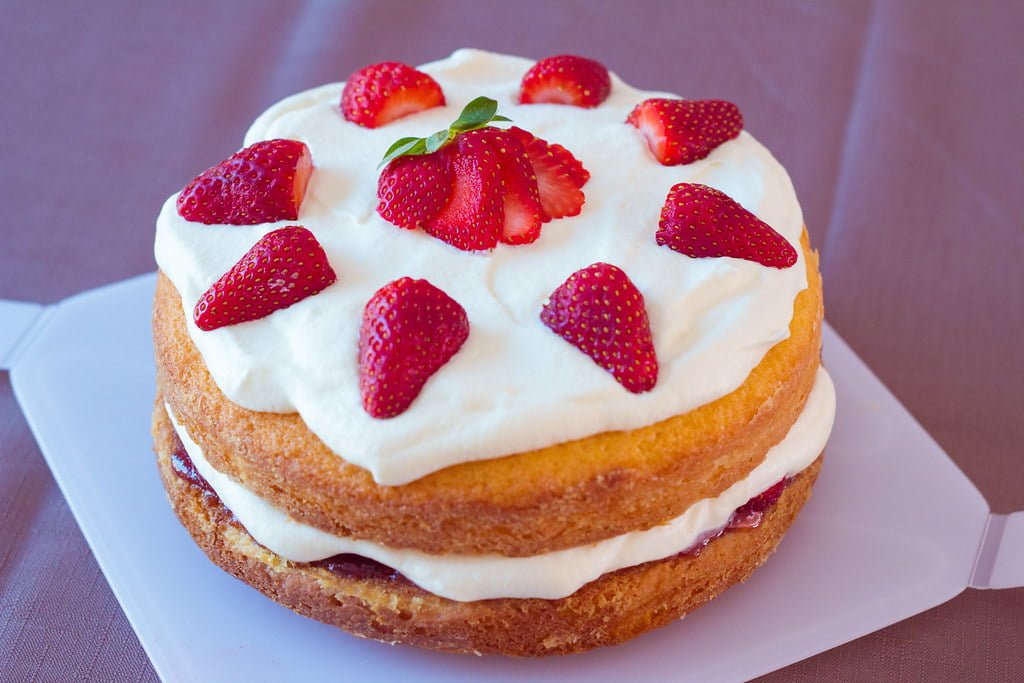 The Japanese do not consider Christmas a religious holiday, but instead, a time to spread joy. In Japan, the main Christmas dish is called Kurisumasu Keiki – a light sponge cake covered with strawberries. That cake emoji [

British festive season food can date back centuries; such as mince pie dated to the 13th century. Mince pies are sweet pastries filled with mincemeat. Don’t worry, we are not talking about beef here but a mixture of dried fruits and spices. 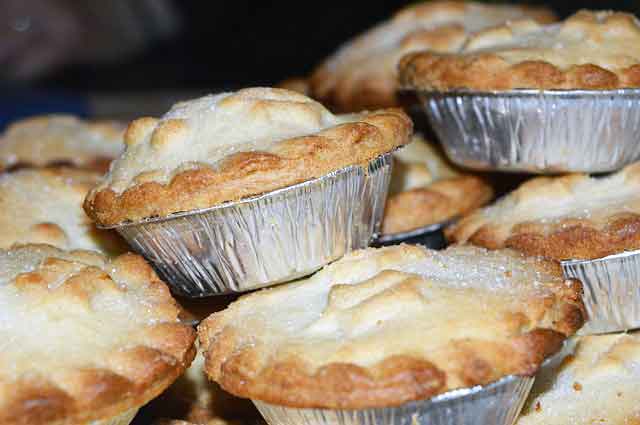 Filipinos take Christmas seriously! Celebrations may start as early as September, sometimes lasting well over until the 9th of January. It comes as no surprise that a long celebration period such as this goes along with a wide range of food.

You’ll find dishes such as Keso de Bola (Edam cheese) to lumpia (spring rolls), but the most popular is puto bumbong (sweet purple rice). Most Filipinos enjoy puto bumbong after the Christmas Eve church service when it’s served at stalls all around town. The white and black rice mixture that ends up looking purple is served with sugar, shredded coconut, and butter

Latkes (fried potato cakes) and other fried foods are traditional during Hanukka celebrations. Cooking food in oil celebrates the miracles of the oil that burned for eight days in the Temple of Jerusalem when the Maccabees re-entered Jerusalem.

(The eight-day, Jewish Festival of Light, changes dates from year to year, depending on the Hebrew calendar, but usually starts in December or late November.) 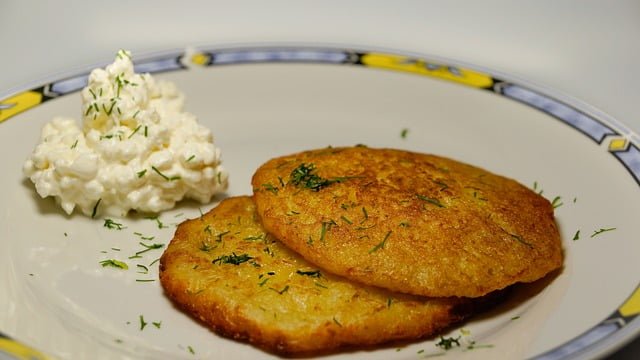 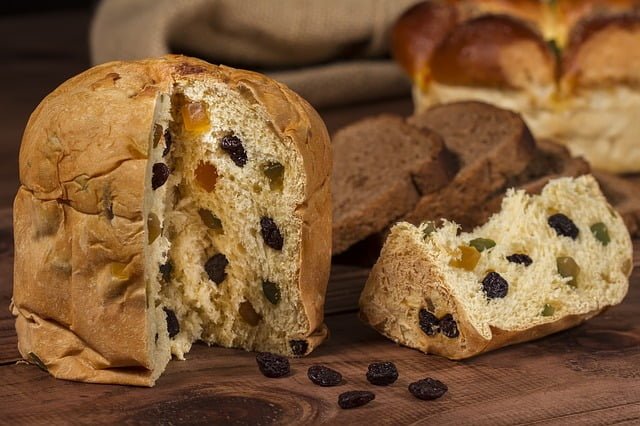 In Roman-Catholic traditions, Christmas Eve is a day of fasting where no meat should be consumed. The best way to break the fast is with sweet bread called Panettone. It is a yeast bread filled with raisins, crystallized fruits, or if considering a less traditional version, chocolate chips.

Panettone was first created by a baker in Milan at the beginning of the 20th century, but it became so popular that you can find it in most countries in Europe, South America, and some parts of the USA.

During El Dia de Los Reyes, most families will have on their table a special cake called Rosca de Reyes. It’s a sweet cake shaped as a ring with crystallized fruits. The special part of this cake is that there is a baby Jesus (plastic figure) hidden inside, and the person to find it is thought to have good luck. 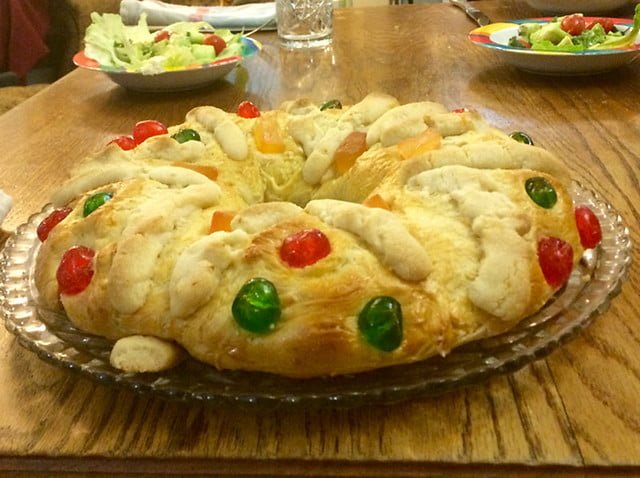 During Christmas Eve in Sweden, a variety of dishes are served. One of the most popular is Janssons frestelse (Jansson’s Temptation), a potato casserole made with butter, cream, and breadcrumbs.

Many Ethiopians celebrate Christmas (called Ganna) according to Orthodox Tewahedo Church traditions on 7 January, not the 25th. They also start a fast 43 days before Ganna, on the 25th of November. During this time, only one vegan meal is eaten per day. On Christmas Day (when the fast is broken), a dish called Shiro is eaten. It consists of eleven ingredients, including white beans and chickpeas served with injera – a type of flat-bread. 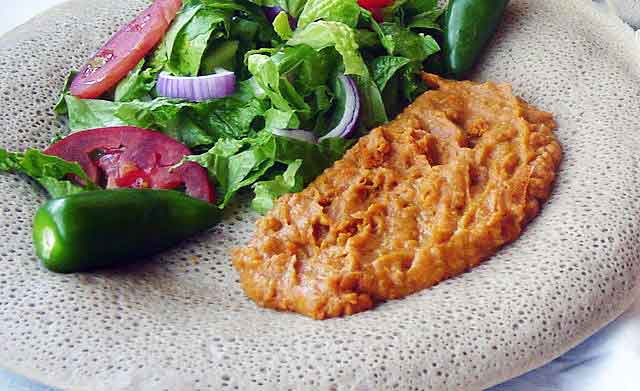 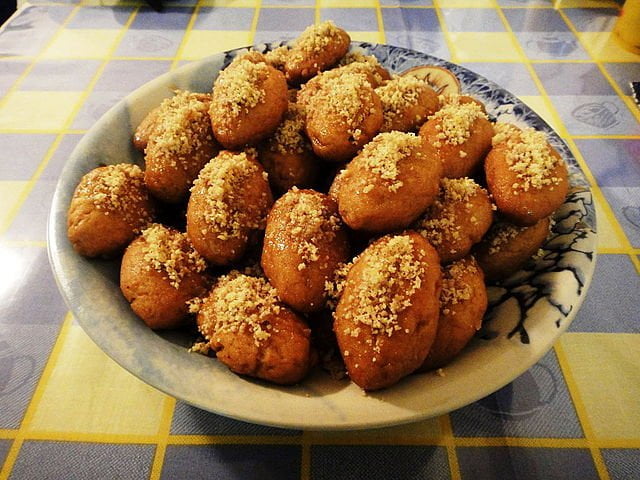 Christmas is a major holiday in Greece. As per tradition, most Greeks fast before the festive holiday and feast when Christmas Day arrives. One traditional dish known as Melomakarona stands out. Melomakarona is baked cookies dipped in honey and sprinkled with walnuts.

The festive season is celebrated differently all over planet Earth with various traditions and foods. No matter where in the world you are this festive season, we from FDN Life Magazine wish you a joyous and happy time!