If you have been there, done that, and have seen all the popular cities on Earth and still your wanderlust is not quenched, then there is an excellent alternative. Find and explore the oldest cities in the world.

What exactly is so exciting about these cities? Rest assured, you will find them to be the treasure-troves of spectacular, structural marvels and monuments, and a wealth of rich cultural heritage and unique traditions.

So, if you are keen on a voyage to the past, take a look at our list of ten of some of the oldest cities in the world:

Famous adventurer and merchant, Marco Polo is said to have visited Balkh, known as the ‘Mother of Cities’ (Umm Al-Belaad ), an epitaph given by the ancient Arabs. Situated in northern Afghanistan, Balkh was formerly known as Bactra by the Ancient Greeks, the capital of Bactria, and the center of Buddhism, Islam, and Zoroastrianism during its occupation from 2,500 BC to 1,900 BC. After that, Balkh fell during several wars and became part of the Persian and Median empires. Unfortunately, Balkh was completely destroyed by the Mongols and rebuilt by Timur. However, with the discovery of the tomb of Ali, Prophet Mohamad’s son-in-law in 1480 AD in the city, erected it to significance once again. Some of the major attractions in Balkh are the Ancient Ruins of Balkh, the tomb of the poet Rabi’a Balkhi, the madrasa of Sayed Subhan Quli Khan, the mosque, and shire of Khwaja Nasr Parsa (Bela-Hesar), the Balkh Museum, and the Nine Domes Mosque. 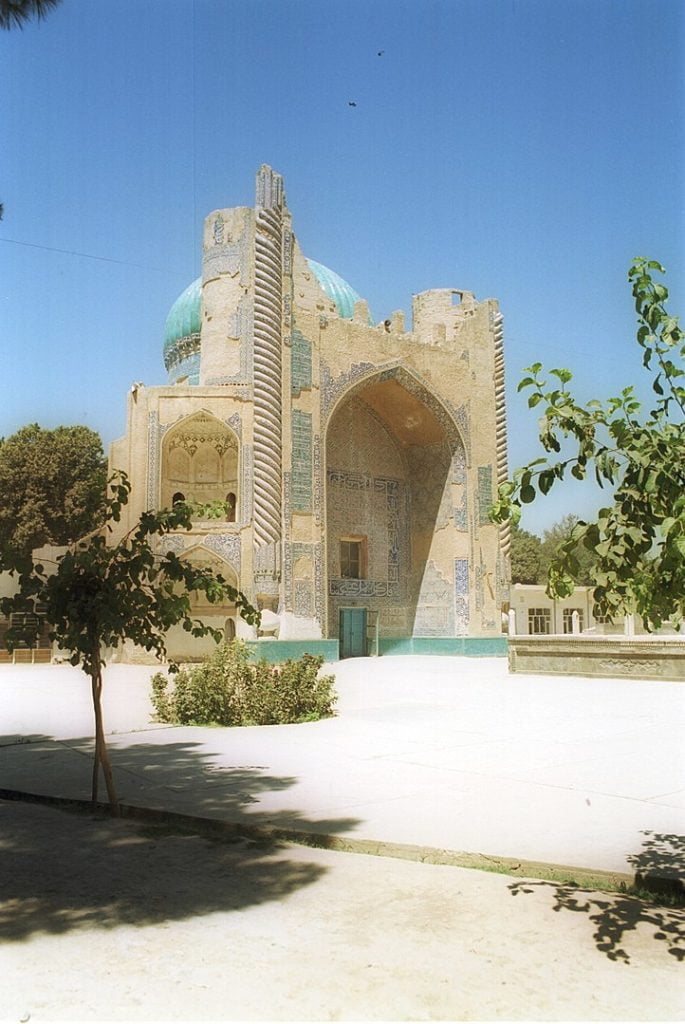 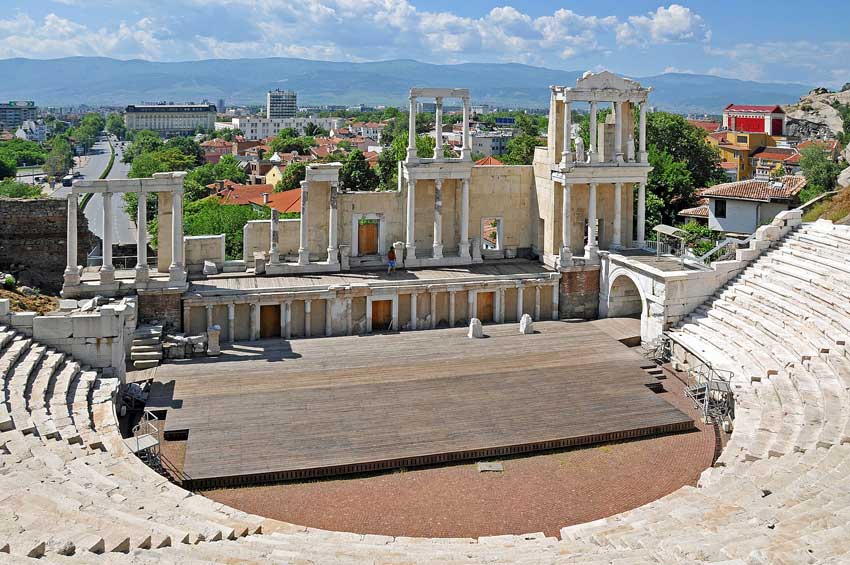 The earliest signs of habitation in the Plovdiv area appeared in-and-around the 6th millennium BC, with various nations (Greeks, Romans, Persians, Goths, Slavs, Crusaders, Turks, Hans and Rus) invading and occupying Plovdiv for its fertile land and location. Each of these invading nations left their mark on this beautiful, former Thracian settlement. Today, Plovdiv is Bulgaria’s second-largest city and known as a major cultural center. Visit Plovdiv to view the Roman amphitheater and aqueducts, not to mention the Ottoman baths. The city has more than two-hundred archaeological sites, with remains from antiquity, such as two ancient theatres, mosques, and medieval walls and towers. Travelers can also see a well-preserved, old quarter from the National Revival period with old, cultural houses, churches, and paved streets.

Known as one of Egypt’s oldest cities, Faiyum’s earliest existence goes as far back as the Epipalaeolithic era, some 20,000 to 10,000 years ago. In ancient Egypt, Faiyum was called Shedet, known primarily as the cult center to the crocodile god, Sobek. Within the city was then also a tame crocodile called Petsuchos, which was worshipped and adored by the ancient Egyptians and fed daily by the priests. Thanks to it’s noteworthy cult status, Faiyum was established as a city of importance in the region of Crocodilopolis that presently lies south-west of Cairo. If you do plan to visit, inform the foreign office and travel agencies, since the area may not be open to tourists.

Visitors to Faiyum will find an array of beautiful mosques, bazaars, and baths with a prominent pyramid, Lehin, located nearby. You can also see the famous Hanging Mosque built under the Ottoman rule, and Hawara, a noteworthy archaeological site.

And while you are there, do travel fifty kilometers (31 miles) outside the city to see Wadi El Rayan, the largest waterfall in Egypt. 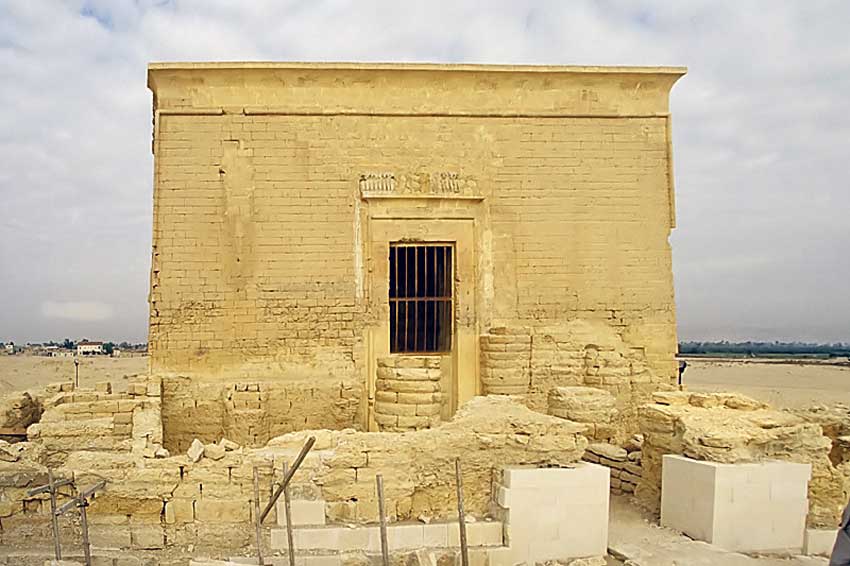 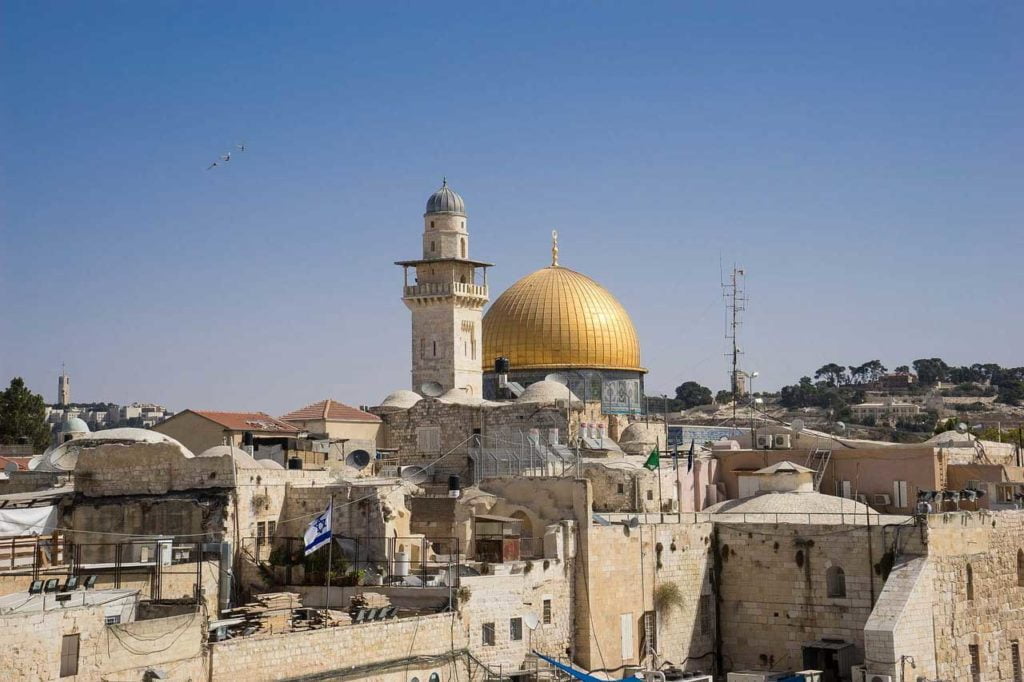 Termed by Benjamin Disraeli as ‘more than the history of the world, it is the history of the Earth and of heaven,’ Jerusalem remains the spiritual hub of the Jews and the third holiest city to the Muslims. Such was the importance of this key religious site that it always remained at the center of conflagrations during various periods in history – besieged twenty-three times, attacked fifty-two times, captured forty-four times, and destroyed twice.

Jerusalem is one of the oldest cities in the world, with first occupation dating back as far as the 4th millennium BC (3,000 – 2,800 BC) where the Gihon Spring (Fountain of the Virgin) settlement is, and 4,000 – 3,000 BC in areas then known as the City of David. This area is today located in a Palestinian Arab village and Israeli settlement, and the archaeological site to what many believe was Bronze- and Iron Age Jerusalem.

The key religious sites to be seen in Jerusalem are the Dome of the Rock, the Western Wall, the Church of the Holy Sepulcher, and the al-Aqsa Mosque.

Byblos was founded in 3,000 BC by the Phoenicians who called it Gebal. (It was the Greeks who gave it the name Byblos.) Byblos was a port city and famously known as the source of papyrus for the Greeks, and interestingly, the name ‘Bible’ was also derived from the name of the city.

Many legends and popular myths surround the city, but perhaps the most famous story is that of historian Durant, who said: “Byblos thought itself the oldest of all cities; the god El had founded it at the beginning of time, and to the end of its history it remained the religious capital of Phoenicia.”

Modern-day visitors to the fantastic UNESCO world heritage site will find Byblos an excellent destination for its many architectural works, such as the Byblos Castle, St. John the Baptist Church, and the ancient Phoenician temples that were built in the 12th century by the Crusaders. Byblos is also a popular venue for the Byblos International Festival that attracts modern singers and artists. 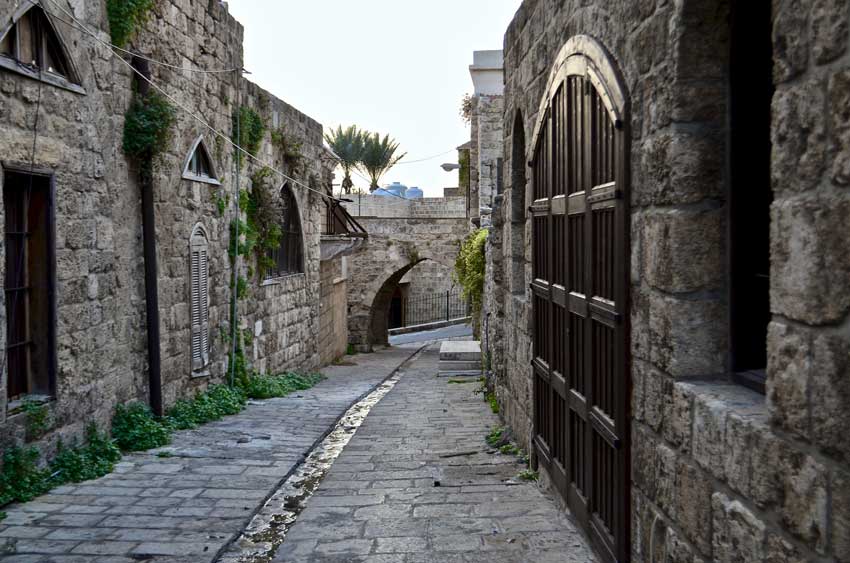 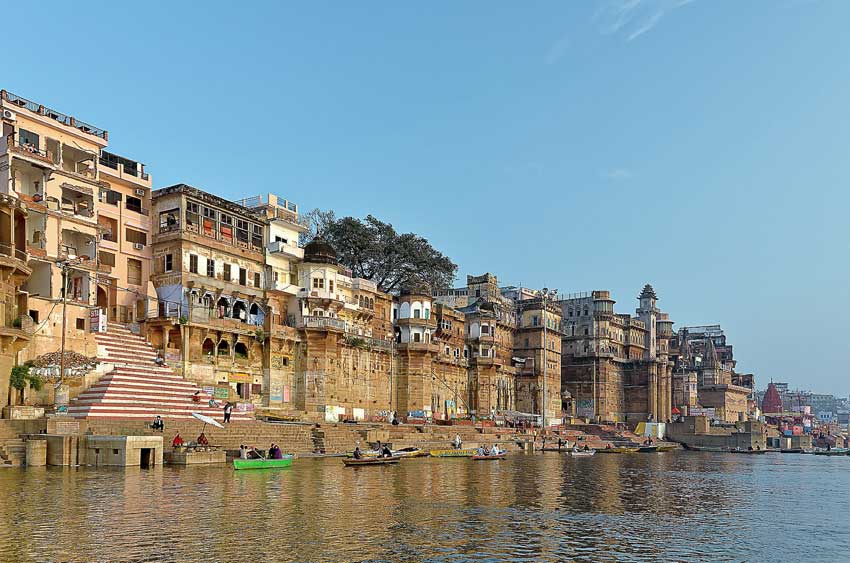 What would you say of the city whom Mark Twain described as “…older than history, older than tradition, even older than legend, and looks twice as old as all of them put together!”

This is Varanasi or Benares, the holiest of the holiest cities in the spiritual land of India. It is situated on the western bank of the Ganges River, which itself is worshipped as mother Goddess. Legend has it that Lord Shiva, one of the Indian Trinities, established Varanasi 5,000 years ago. (However, modern estimates place it in the 3,000-year-old category.) Varanasi is steeped in Hindu religious rites and traditions.

Situated between the modern rivers Karkheh and Dez, and lower Zagros Mountains, Susa was the political center of Elam- and the capital of the Elamite Empire, as well as the Proto-Elimite, First Persian Empire, Parthian, Sasanian and Seleucid empires of Iran, and known as on of the most important cities of the Ancient Near East (4th millennium BC).

Susa was completely destroyed by the Assyrians to avenge the wrongs done to the people of Mesopotamia. It was subsequently conquered by Cyrus, the great Persian king. The city figures in the history of theatre, since Aeschylus,’ ‘The Persians,’ an Athenian tragedy, are set in it. What you will find here is a tomb known as Shush-Daniel that is capped by an unusual white cone, which some believe was formerly a stone version of the ‘Star of David.’ The tomb itself is believed to have been allocated to that of the ancient biblical figure, Daniel himself. 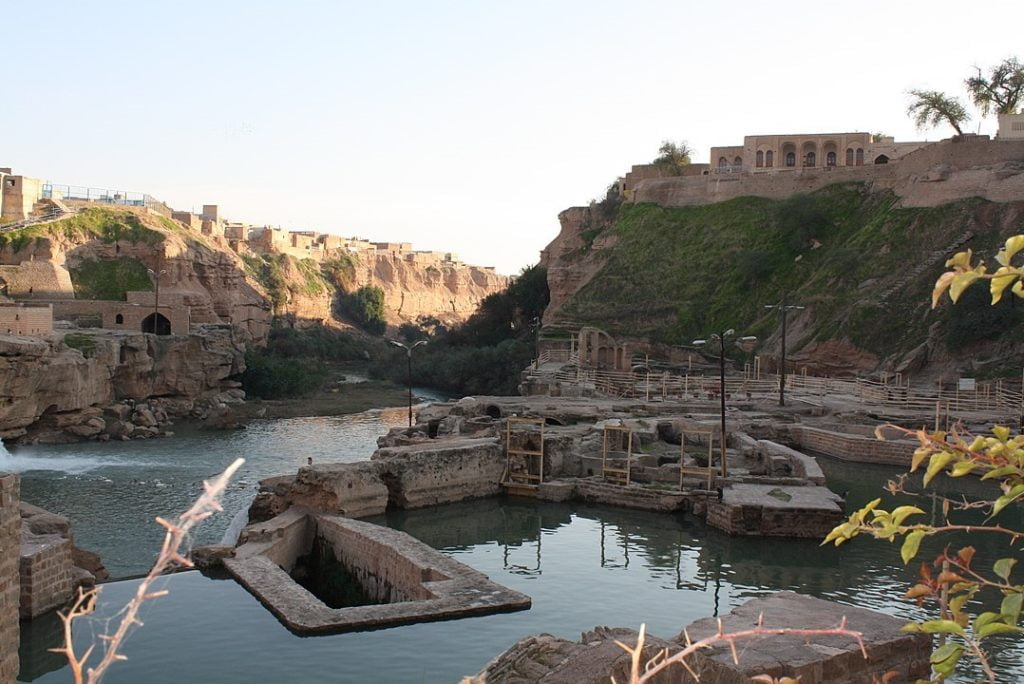 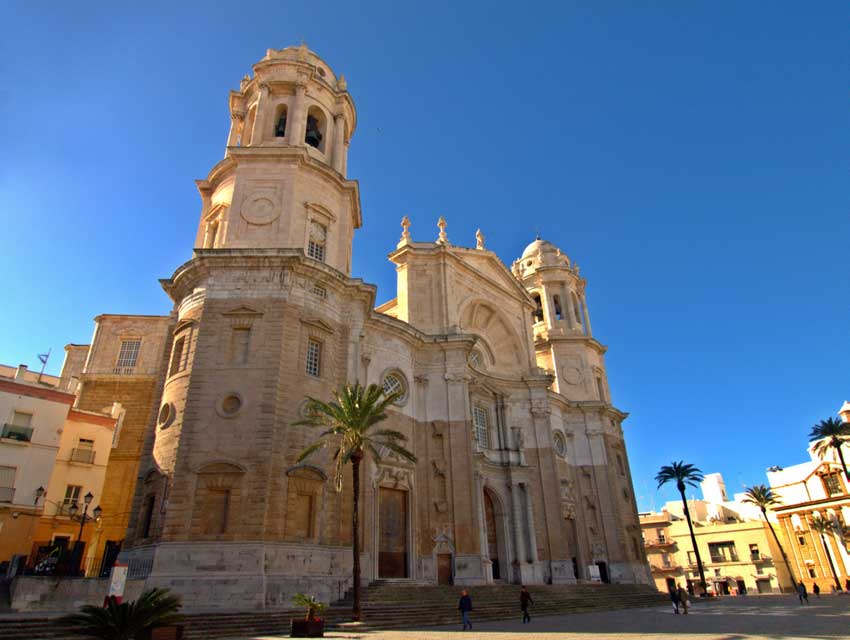 One of the oldest cities in Spain, Cádiz, was established by the Phoenicians on a narrow strip of land that protruded into the Atlantic Ocean as a trading post. Such was the strategic value of this land that by 500 BC, it fell to the Carthaginians and was made a launching pad for the Hannibal invasion of Iberia. Afterward, Cádiz was usurped by the Romans and Moors.

Cádiz has some beautiful buildings and domed structures overlooking the vast blue of the Atlantic Ocean. Things to see here is the 18th Century watchtower and a cathedral with a variety of architectural styles.

Founded in 4,300 BC, Aleppo was then called Halab. Since it remains the most populated city of Syria, archaeologists have been able to do little to unravel its rich historical past.

Although home to a number of museums – the National Museum of Aleppo, Aleppo Citadel Museum, Aleppo Memory Museum, and others, it is difficult to visit the city due to the present situation in Syria and the ban on travel to the country. 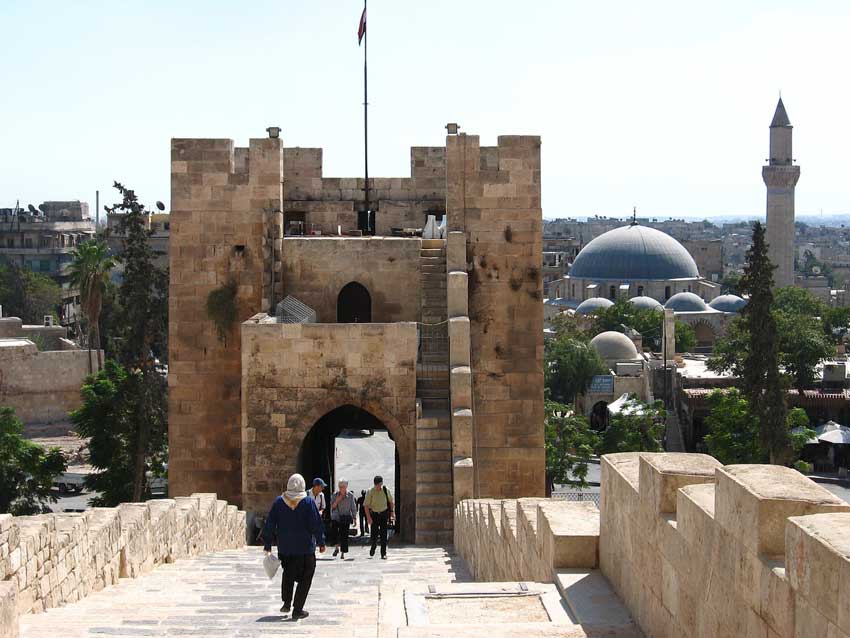 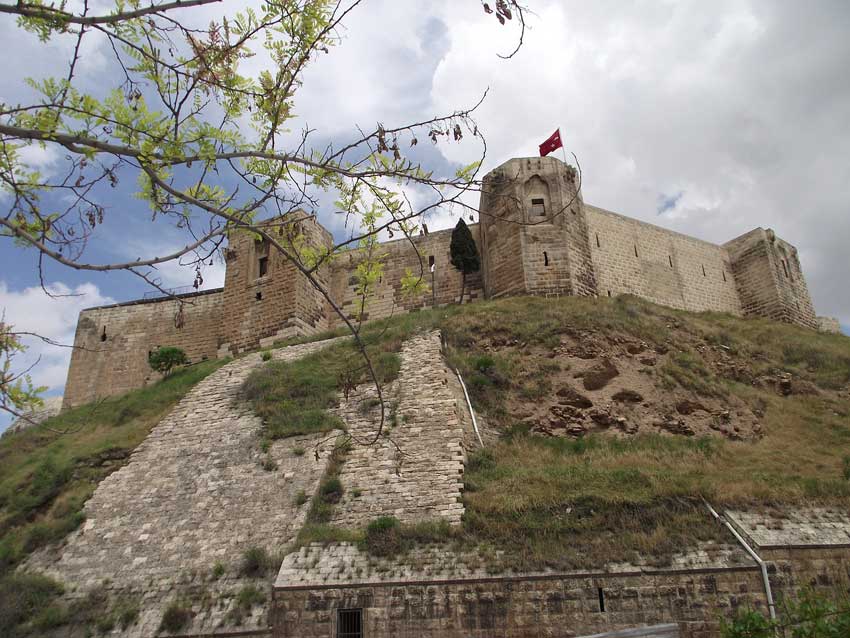 AND THE WINNER?! - GAZIANTEP (TURKEY)

Gaziantep (also called Antep) in Turkey is one of the oldest cities continuously inhabited in the world and is located in the western part of Turkey’s south-eastern Anatolia Region. The history of Gaziantep stretches all the way back to the 4th millennium BC and the Hittites.

You can find here the Ravanda Citadel that was restored by the Byzantines in the 6th Century BC. Roman traces, in the form of Roman mosaics, have also been unearthed. Today, it has the biggest city park on the Euphrates River. Also, hop on to see the Gaziantep Museum of Archaeology, featuring a vast array of Neolithic ceramic pieces, and the Zeugma Mosiac Museum that is huge! Some 18,000 feet (1,700 m2).

If you don’t mind venturing outside the main city, then take a short trip to visit Zeugma, an ancient city that you will find in the present-day Belkis village of Gaziantep Province. Zeugma was in ancient times the headquarters of the Legio IV Scynthica, an important Roman legion founded in 42 BC by famous Roman general, Mark Anthony when he fought against the Persian Empire.

If you really want to know the history of a country and what it has been through, visit its oldest cities, towns, and villages. These wonderful places are the living examples of the struggles and victories her people have faced.