THE AGE OF ADALINE

In the year 1937 a snowstorm ends Adaline Bowman’s life when her car crashes into a ravine.  A lightning strike revives her but causes her to never age again.

For the rest of her life, Adaline and her daughter need to navigate life without drawing attention to Adaline’s condition.  Travelling from town to town and switching identities, Adaline is suspended in time  whilst her daughter continues to age.

As faith would have it, Adaline eventually meets the love of her life – Ellis.  As their relationship progresses, Ellis invites her to his family home for a holiday.  Upon meeting his father William, it seems both Adaline and William recognize each other.  When Ellis professes his love for Adaline, she gets scared and proceeds to run away again.  William tries his best to get her to stay, knowing the same heart ache he felt many years before.

Adaline still rushes away.  On route, with the onset of a change of heart, history repeats itself.  Adaline is involved in a hit-and-run accident, being left for dead.  Paramedics find and revive her and she is rushed to hospital.

Adaline eventually decides it’s time to come clean and explains her situation to Ellis.  After this, they still decide to continue their romance, in spite of Adaline’s condition.

A year later, Ellis and Adaline prepare for a night out on New Year’s Eve.  In the hallway mirror, Adaline notices a grey hair and is pleased to realise that she has finally started to age.

THE LIFE BEFORE HER EYES

A movie with an interesting, unexpected twist that requires a bit of focus and concentration as it keeps on switching between the present day and 15 years ago.

Diana McFee and her best friend Maureen were caught in a school-shooting incident 15 years before.  Present day, Diana is married to a University Professor and mom to a beautiful daughter.

Throughout the movie, the viewer gets glimpses of Diana and Maureen’s life as teenagers on the brink of adulthood – before and during the incident.

Emma, Diana’s daughter has the same wild, playful streak as her mom.  This causes some consternation at her school as she regularly gets reprimanded for her disobedience.

Struggling with relationship issues, Diana suffers from a lack of trust and tends to find faults where there sometimes is none.

After yet another visit to Emma’s school, Diana and her daughter stop at a roadside café to discuss the current discipline situation.  Having no resolution to the matter, the two decide to head home.  Diana is distracted by a vision of her husband walking hand-in-hand with another woman.

This distraction ends with Diana being hit by a car and rushed to hospital.

Diana decides to attend a memorial function held for survivors and victims of the shooting incident.  Whilst placing flowers in specific areas in the school, Diana gets a phone call from her daughter’s school – Emma has run away.

In her searches for her daughter, the scenes cut back to the shooting incident.  In retrospect, Maureen was not shot, but Diana ended up being killed.  Everything that she experienced as an adult was how she imagined her life would be – in the few seconds before she died.

Following Isabel’s death, Mike bonds with his son Armando, Rita gets promoted to police captain and Marcus and Theresa go on a well-deserved retreat.

Sonic the Hedgehog hides out on earth in the little town of Green Hills.

Evading capture by Dr Robotnik, Sonic and his newfound friend Tom Wachowski travel to San Francisco to retrieve his bag of rings.

In a final showdown with Dr Robotnik, the townsfolk of Green Hills intervene to help Sonic.  Dr Robotnik is sent to the Mushroom Planet and Sonic lives happily with Tom and Maddie.

A while later, Tails, the two-tailed fox emerges on earth looking for Sonic.

THE CALL OF THE WILD

The story is based on the book written by Jack London.

It follows the various adventures of Buck, a Scotch Collie / St Bernard cross and John Thornton as they trek through the Yukon back to the wild.

Through his travels, Buck learns leadership skills, love and the value of friendship from his companions – eventually spending his final days as wolf pack leader with his mate and offspring.

The investment is usually linked to a share in the profit and part-ownership of the business.

This short series is well worth the watch.  It consists of three-hour long episodes and follows the story of Charles Ingram.

Charles Ingram rose to fame when he won the TV Show Who Wants to be a Millionaire? Charles was accused of cheating in the game.  He, his wife and brother-in-law have to fight their case in court.

The adventures of the 99th Precinct of Brooklyn, New York continue.  Rosa wins the Valentine’s Day, Easter and Halloween Heists. Jake and Amy find out that they are expecting a baby boy after months of trying to conceive.

Charles and Jake catch a band of bank robbers.  During the chaos that follows, Amy gives birth to her son, just as Jake arrives in the nick of time. 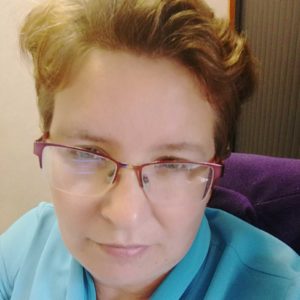 I always felt to be a born writer. Speaking in front of people leaves me tongue-tied. Give me a piece of paper and a keyboard of sorts, and I can cook up magic. I am a freelance writer & ghostwriter with some sub-editing experience under my belt. Contact me on: [email protected]
All Posts