The allure of setting foot on the Moon and commercial flights to space has for centuries inspired human beings dreaming of one day hopping about our closest neighbor, or, for the more adventurous, collecting soil samples on Mars.

It seems we won’t have to wait much longer. CEO of SpaceX, Elon Musk, introduced Starship (dubbed Mark 1) to the world on Saturday, 28 September 2019, during an event held at the SpaceX facility in Boca Chica, Texas. Starship Mark 1 stands 50 meters high, appearing awe-inspiringly mesmerizing against the Texas landscape with its bullet-shaped body made of stainless steel. Able to carry humans and large amounts of cargo into space, Mark 1 is certainly one of the most notable achievements in human history to take note of. Well done, Musk and the SpaceX team!

Musk’s introduction of Starship comes after nearly eight years of promises and speculation as to when SpaceX will finally be able to carry humans to the moon and then Mars.  “This is I think the most inspiring thing that I had ever seen,” Musk said, gazing up towards Mark 1. Thanking the SpaceX team, suppliers, and various others who contributed to the of building what he termed, ‘an incredible vehicle.’

At 50 m, 1,200-ton propellant- and 100+ ton payload capacity, Starship is certainly that and more. An inspiring sight that will take us to the ever-elusive, red-musky plains of Mars and our closest neighbor, the Moon, by 2023 / 2024 (estimated).

During the unveiling on Saturday (28 September), Musk, evidently excited, said: “Today’s event has two elements to it. One is to inspire the public and get people excited about our future in space. And to get people fired up about the future. There are so many things to worry and be concerned about. There are many troubles in the world, and these are important and need to be solved. But, we also need things that make us excited to be alive. Space travel is one of those things.”

Musk’s words ring true for most of us. Among a population overwhelmed and consumed by information overload and a whole lot of complications to sort out, a little bit of hope and inspiration goes a long way. What a future we can now look forward to!

Though Starship (Mark 1) is certainly a sight to behold, it is not yet complete. In actually, Mark 1 is one of two identical rockets under development and presents one part (half) of what will eventually make up the final spacecraft. Once completed, Starship Mark 1 will be placed on top of a Super Heavy Rocket Booster comprising thirty-seven Raptor engines. Yip! You heard that correctly. Thirty-seven Raptor engines providing 72 MN (16 Mlbf) of thrust to launch Starship Mark 1 into space. This is a phenomenal achievement considering the standard SpaceX Falcon 9 rocket has half the engines. Once mounted on top of a Super Heaver Rocket Booster, SpaceX Starship will stand at 118 meters (387 feet) tall. That’s almost 3.3 times taller than the SpaceX Millennium Falcon at 34.75 m (118 feet).

During Saturdays’ event, Musk continued to explain and showcase how Starship will be launched from Earth into orbit. Have a look at the inspiration video below:

One of the main focuses and breakthroughs of SpaceX over the past 11-years has certainly been the development and technological advancement of reusable rockets. Reusable rockets have made space travel more affordable, and thanks to SpaceX, even NASA makes use of SpaceX rockets to send payloads to the International Space Station. As Musk explained on 28 September, “The critical breakthrough that is needed for us to become a spacefaring civilization is to make space travel like air travel. When you fly a plane, you do so many times. It’s reusable. So, we need rapidly reusable rockets. But it’s a very hard thing to do.”

According to Musk, the Earth’s gravity is currently the major influencer to getting to space. “If Earth’s gravity was just a little heavier, it would be impossible. And if it was just a little lighter, it would be quite easy. We are thus right on the cusp of what is physically possible.”  Earth’s gravity is around 9.8 m/s2 near the surface but does vary from location to location, with standard gravity estimated at approximately 9.800665 m/s2. This means that if an object is free-falling, it will do so by an increase of 9.8 meters per second every second. (m/s2 = meters per second squared).

In order for spacecraft to be sent from Earth, we need to overcome the physical obstacles such as gravity. As such, SpaceX created reusable rockets with engines that have “incredibly high-impulses, and are extremely efficient,” Musk said. Each Raptor engine uses a full-flow, staged combustion rocket that is powered by liquid oxygen (LOX) and cryogenic methane. Starship itself will be equipped with six (6) Raptor engines, while the Super Heavy Booster will have thirty-seven (37). Each Raptor engine is created in McGregor (Texas), is 1.3 m (4 ft.) in diameter, 3.1 m (10.2) feet tall, and boasts 2 MN (440 klbf) trust power.

To make space travel economical and feasible in the long term, ‘we have to be able to reuse rockets,’ Musk emphasized. Each Starship and Super Heavy rocket is therefore designed to deliver cargo to the International Space Station, as well as satellites and space telescopes into Earth and space orbit. According to SpaceX, Starship will do such cheaper than the current Falcon craft with its forward payload compartment of 9 m (diameter), and payload volume of approximately 1,100 m3. This is excluding the aft cargo containers that can also be used. 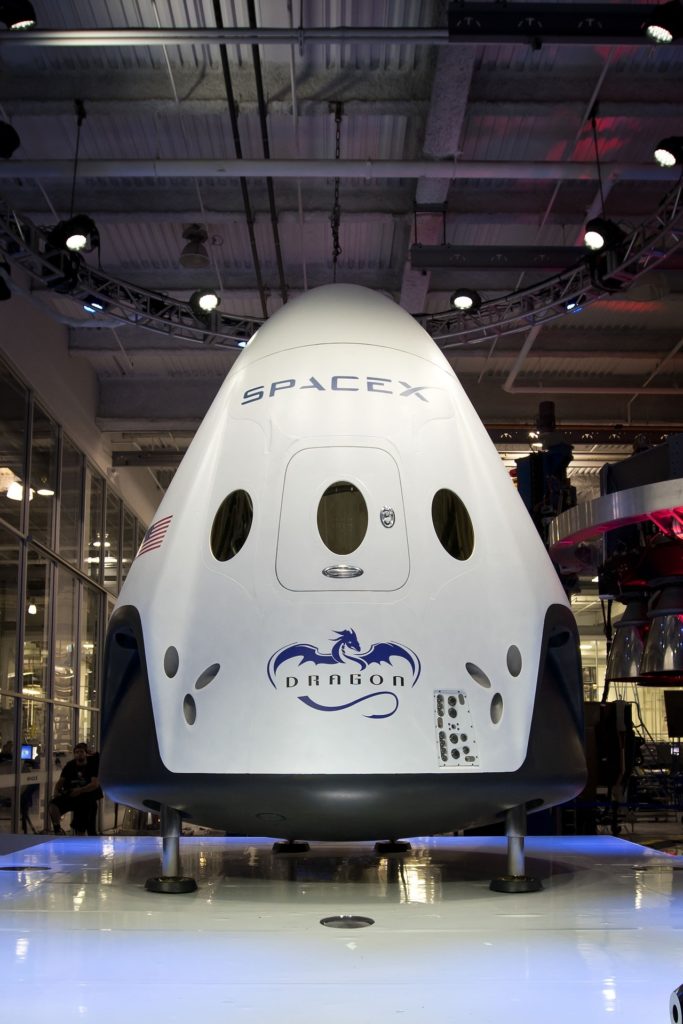 One of the most exciting possibilities Starship holds for humanity is the opportunity to travel to the Moon and set up bases there that could be used as a strategic stopover point before venturing deeper into space. In order to establish bases on the Moon, though, we need to send a huge amount of cargo there. This is not currently possible nor feasible with smaller rockets. That is where fully reusable rockets such as SpaceX Starships come in. The more often these rockets can be re-used and send to the Moon, the cheaper it would become to do so.

According to Musk, SpaceX will launch some of its first test flights within the next 6-months, with the first humans flying Starship Mark 1 to the Moon estimated a year or so from now. (If all testing goes well.)

AND ONWARDS TO MARS!

With the Moon settled and well on it’s a way to becoming the first space body humans occupy other than Earth, Mars is next on Musk’s radar. Once humanity starts its journey towards Mars and setting up a civilization there, even greater amounts of cargo and technology will be required to live and later terraform the red planet. SpaceX is currently developing such technology, with a focus on reusable Starship systems that uses what they term, ‘ an in-space propellant transfer system’ which can deliver an average of 100 tons or more useful materials (mass/cargo) to either Mars or the Moon. The best part, instead of the usual journey of 7-months by previous space travel estimates, it could take Mark 1 only 3 – 4 months to reach Mars if taking advantage of a planetary alignment that occurs every 26-months. 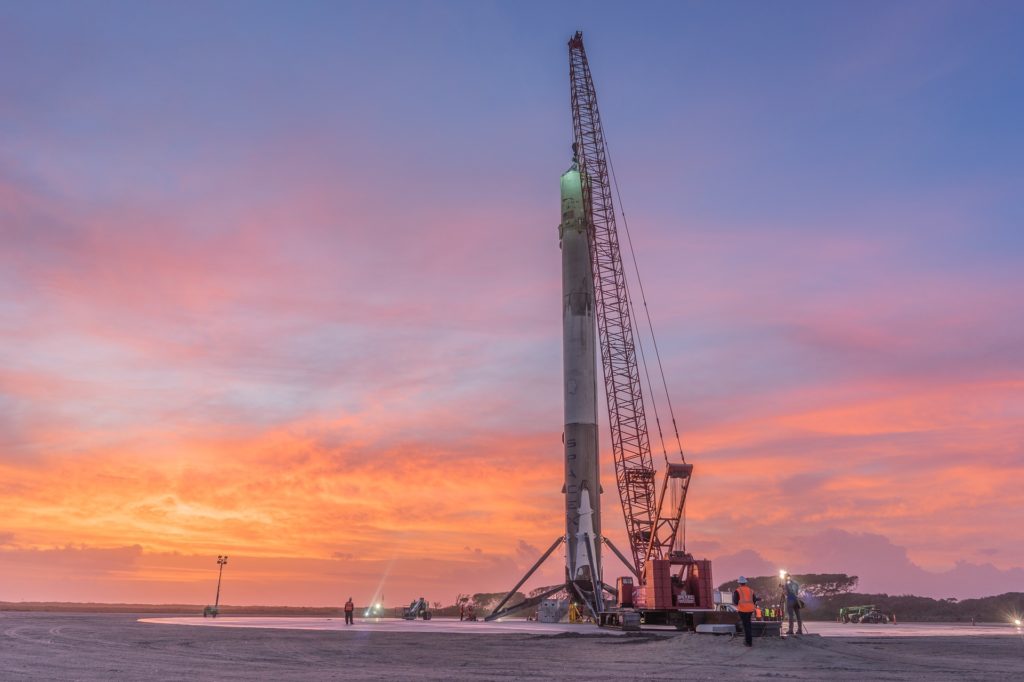 An open question at this time. With the distance between Earth and Mars never constantly the same, (56 million kilometers on average but up to 401 million kilometers when they are furthest apart), its rather difficult to say when the first manned flight to Mars will occur. According to SpaceX, though, they are trying to make use of a small window of opportunity that occurs in 2024 whereby a planetary alignment will occur.

In order to make use of the shortest travel time to Mars, Delta-v, the energy needed to transfer between planetary orbits, should be at its lowest point. Delta-v between Earth and Mars occurs every 26-months. But since the orbit of Mars is so unpredictable, the energy required during the low-energy windows can vary up to 15-years. During the last 100 years, Earth has experienced approximately four such low energy windows, most notably during 1969, 1971, 1986, 1988. The next low-energy window is estimated to occur in 2033. Though Delta-v is estimated to appear once again only in 2033, and with many missions by organizations such as NASA being set for the first occupation on Mars by then, SpaceX is more optimistic and still pushing to make use of the 2024 planetary alignment between Earth and Mars. The first crude mission to Mars is then planned whereby two crew vehicles will carry the first human settlers.

One of the most fascinating features about Starship Mark 1 is certainly its stainless steel outer body. Compare that to the usual titanium or aluminum. Musk explained stainless steel was the best option since it can resist high temperatures, is fully re-usable, better against corrosion, and showcases higher cryogenic (low temperature) toughness. Basically, whether it’s cold or hot, stainless steel is the way to go for space travel, especially since temperatures in outer space can get to -270 Celsius (545 Fahrenheit). 301 stainless steel gets stronger the colder it gets, which would make it ideal for outer space travel.

READY TO TRAVEL TO THE MOON OR MARS?

So, what do you think? Will the first humans set foot on Mars by 2024, and would you like to be among the first to explore the red planet?