Many a traveler can attest that there are many wonderful places in the world. Some are famous for their architecture, others for skilled artisanship and crafts, while various are known for the people who live or lived there. But then there are places that attract tourists and travelers for a completely different reason. Their peculiar names!

When it comes to employing creativity, humans certainly don’t lack imagination. It’s no wonder some of the strangest, funniest, and most hilarious places names exist on our planet.

Some folks choose a name referring to a legend, a hero, event, a famous person, or a feature nearby. Then there are those unique “pearls” that has one grasping for breath. These place names often make no sense, are unusual, funny, or without a comprehensible meaning attached to them. Let’s explore some of them:

A small town in Arizona (USA) is called exactly this. Why?

I’m not entirely sure how Why? got its name . . . Perhaps the first people who settled there were surprised and confused as to why they ended up there. Another reason might be the unique geographical location of the town, which is located at a Y-crossroad.

There are places in the world called Nothing, also in Arizona.  Not and Whynot in Missouri. No Name in Colorado, and Nowhere Else in Australia. 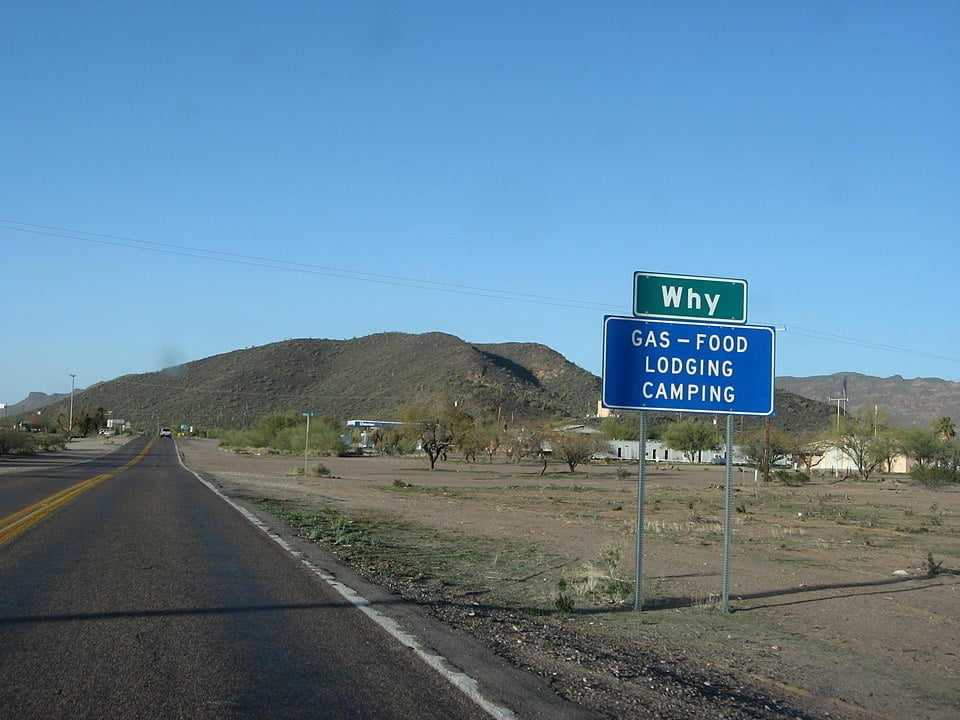 Some places in the United States seem to perfectly describe the situation.  Imagine the following conversation:

“Hey John, where are you traveling to this summer?”

“Well, Patrick.  Our itinerary is quite extensive.”

“Yeah. We will start our travels from Happyland in Oklahoma, then off to Humansville in Missouri, followed by Lonelyville in New York.  And if my kids get cranky by then, will we be off to Cranky Corner in Louisiana to ease the pain before we leave for something more Peculiar in Missouri the next day.

From Peculiar to Sweet Lips in Tennessee, Accident in Maryland, Brilliant in Ohio, Boring in Oregon, Normal in Illinois, Wealthy in Texas, Disappointment in Kentucky, Sugar Tit in South Carolina, Fame in West Virginia, Gay in Georgia, Rapture in Indiana, Cool in California, Dead Women Crossing, and finally, its Hell in Michigan.” 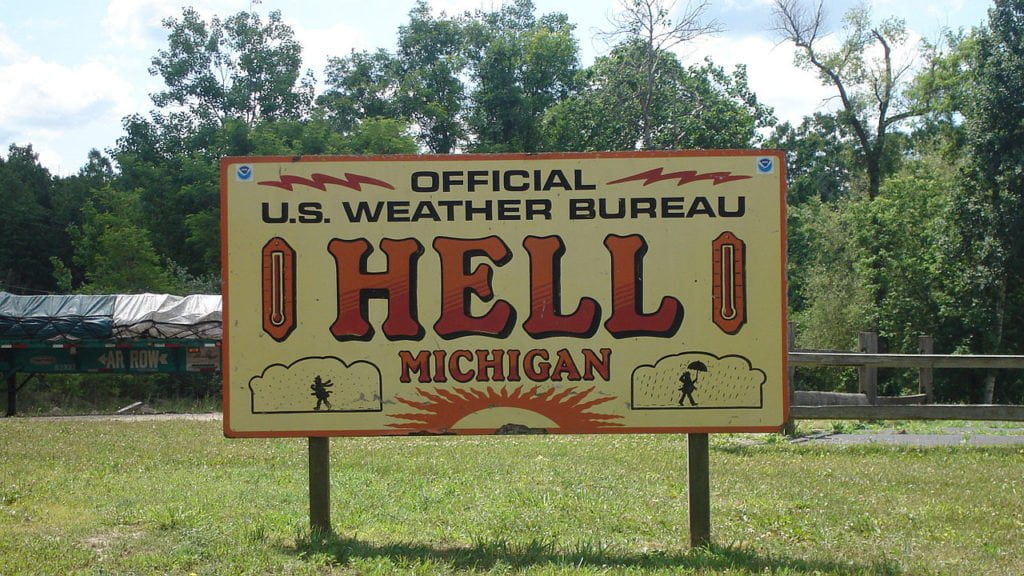 NEED HELP DECIDING WHAT TO DO ON YOUR TRAVELS?

Don’t worry; some place names are simply too happy to give direction. Pity Me in England, Do Stop in Kentucky (USA), Loveladies in New Jersey, Jot-Em-Down in Texas, Try Again and Wait-a-Little in South Africa, Forget in Canada, Cut And Shoot in Texas, Be Thankful in England, Come By Chance (Canada), and for dessert, Truth or Consequences in New Mexico (USA.)

Even if you are not feeling hungry, there are place names in the United States, and abroad that will convince you otherwise:

How about Oatmeal in Texas, Sandwich in Massachusetts, DISH in Texas, Pie Town in New Mexico, Cheesequake in New Jersey, Beer in England, Hot Coffee in Mississippi, Two Egg in Florida, Cookie Town in Oklahoma, Lick Fork in West Virginia, and finally, Lick Skillet in Tennessee?

THE LONGEST CITY NAMES IN THE WORLD

The first prize for the longest city name goes to Bangkok:

No, it is not a typing mistake! Ensure to pronounce the official name of the capital of Thailand correctly next time you are there.

However, the place with the longest one-worded name in the world is a hill in New Zealand called:

Don’t forget to take a selfie in front of the sign – it is a real challenge to make it fit.  In fact, the name of the hill is from Maori descent that simply means, “The summit where Tamatea, the man with the big knees, the climber of mountains, the land-swallower who traveled about, played his nose flute to his loved one.”

Another favorite of ours is a place in the UK, on the Island of Anglesey in Wales, called: Llanfairpwllgwyngyllgogerychwyrndrobwllllantysiliogogogoch. It means, “St. Mary’s Church in the hollow of the white hazel near the rapid whirlpool at the church of St. Tysilio with a red cave.”

Good luck, pronouncing it! The great news is that the locals just call it, LlanfairPG, or LPG, for short. We understand why . . . 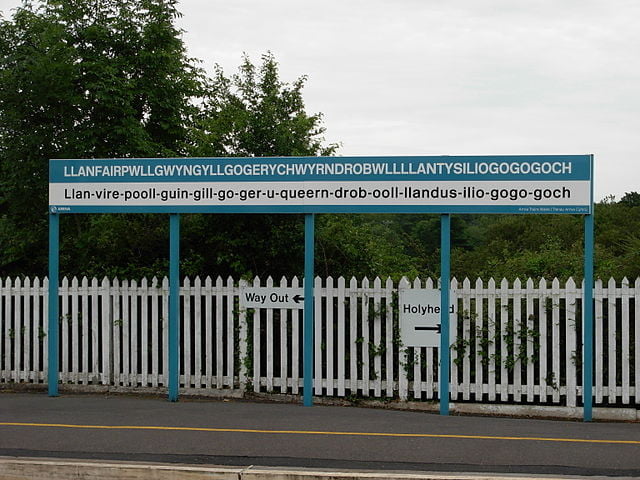 SHORTEST PLACE NAMES IN THE WORLD

There are seven villages in Norway called Å, and one in Sweden called Ö!

“Hey, Anna.  How about a coffee tomorrow in Aa, and then we can have some lunch in Ao, followed by a trip to Ae in Scotland?”  (Aa and Ao are villages in the country of Estonia.)

SO WHAT DOES A PLACE NAME MEAN?
There are places that don’t even seem to mean anything at all and are, perhaps, just as nice as they sound: Mooloolah, Wagga Wagga, Walla Walla, Wawa, Wee Waa, Woolloomooloo, and finally, Kanakanak.

AND THE LIST JUST GOES ON AND ON . . .
Some more surprising, yet sometimes terrifying examples of strange place names can be found once again in the United States. A lot of ghost towns – cities that were once inhabited but then abandoned at some point – have pretty bizarre names.   Devil Town in Ohio, Idiotville in Oregon and Lucky Boy in Nevada. (No wonder people left them!)

Europe is full of funny and peculiar place names that sound unintentionally weird and sometimes even offensive in English.
Did you know there is a place called Kissing in Bavaria, Germany? And a neighborhood in Berlin called Wedding. (Guys, just a quick tip. Don’t live there if you intend to stay single for a little while longer.) There is even a village in Upper Austria close to the German border called Fucking. Apparently, the road signs on the way to Fucking are popular attractions and often stolen. Apart from the above, there is Bitche in France, Bastardo in Italy, and Castrillo in Spain

BRITISH HUMOR AT ITS BEST

So, there you have it! Some of the funniest and strangest place names in the world. But before we say goodbye, whether you are off traveling from down under’s Nowhere Else to Happyville, only to find things are not so happy there after all . . .  then take our advice and move on to Cool in California, but avoid Accident in Maryland at all costs, unless you don’t mind ending up at Hell in Michigan.

All-in-all, have fun and happy travels!

SHARE A FUNNY PLACE NAME
What funny and strange place names have you come across? Share your hilarious stories in the comments.